Floods strike manufacturing plant.
Faultless was the first company to restore business after the flood. 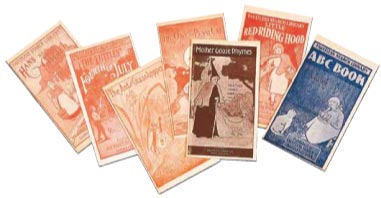 Throughout the years of fashion and fabric trends, Faultless has remained the brand that consumers trust to help them look fresh and fabulous. Today’s Faultless package still features the signature star of the early packaging, along with the promise “makes ironing easier.” After acquiring the Niagara and Magic brands, the company now offers a wide variety of fabric care products to respond to the needs of time-crunched households. These include premium starch, heavy starch, sizing ironing spray, lavender or lemon starch, ironing free wrinkle releasers, and new product innovations still in testing and development.

Major Beaham’s first product, dry white starch, earned immediate acceptance among housewives of the late 1880’s because it was simple to use and did not require lengthy boiling. Faultless soon became a household word in the Midwest and Southwest, as women found that the product had many uses other than starching clothes, such as adding an elegant finish to embroidery and lace, treating skin irritations and as both a baby powder and a bath powder. Faultless’ popularity was enhanced, particularly in Texas and the Indian Territory, by the Faultless Starch books attached to the boxes of starch. Salesman John Nesbitt took wagonloads of the books into Texas in the 1890’s and attached them to the Faultless Starch boxes with rubber bands. The books were designed as a supplement or substitute for school texts and primers and many people actually learned to read by reading the thirty-six books that were published from the 1890’s to the 1930’s. The books are still traded on auction web sites. Faultless Starch Books

The original Faultless Starch Company plant was rebuilt after the flood of 1903 in the West Bottoms area of Kansas City. As the company grew and required more space, the plant was expanded at the existing site at 1025 West Eighth Street. In 1968, it was apparent that the business had outgrown its office space within the plant building. The New England Building, constructed in 1887 (the year Faultless was founded) was purchased. The company offices moved into the building at Ninth and Wyandotte Streets in 1978. In 1991, the company moved its offices to the River Market district of Kansas City. It is a colorful, restored river landing district on the banks of the Missouri River. The company moved to its current headquarters in 2009.